Purgatory is a doctrine I usually have little trouble with. It is merciful in its own way, as one no longer has to either deem a sin meaningless or damning. Imperfection is a option.

Punishment, on the other hand, is not so simple. It has always been a topic no one feels comfortable discussing–or, rather, when someone starts eagerly talks about suffering is the time everyone slowly inches away and looks for the door. Some attempt to have a God that never punishes, or punishes only with Hell, and create a unjust god, not the one described by Scripture. Yet I find it icky nonetheless, as if God cannot be satisfied with an apology, but must continue harrying over something that can no longer be changed.

Purification, too, seems lame. As if God is not satisfied with punishing, but will never get off your case about that thing long ago. How easy is it to throw the word around–particularly in the same breath as a cliche of Job and hope, and how God will never give you anything you can’t handle, hope you feel better I’m praying for you goodbye–and not once has anyone ever celebrated that they are being purified. Perhaps the past tense, but waking up in morning praying for purification seems about as likely as waking up in the morning praying that the cancer will recur. Or the one who stands atop the roof, boasting of all the bad things in their life that God is so easily rubbing clean–a new form of Pharisee, the tax collector who boasts of being more repentant of that scribe over there.

Plumbism is the silly-sounding name for a very serious condition: lead poisoning. A child might eat some paint chips, or even be exposed to lead unaware–and their fault or not, their life is in danger.

My mother’s old nursing textbook mentions that applying two of the common chelation treatments (EDTA and BAL) every four hours for five days results in a total of sixty injections, for a child perhaps still in preschool. If any parent were to punish their child with sixty injections–for what they might not have known was wrong in the first place–we would rightly call them abusive. But it is not a punishment–said textbook notes that this must be communicated to the child.

The mystery of suffering is ultimately a mystery. But I believe there is a category of suffering that results from sin but is not punishment for it. This category encompasses greater sufferings, perhaps, then any rebuke. God is not abusive, whether or not the sufferings are far beyond any that a just being could countenance.

Mordor: The Depths of Dejenol

was one of my favorite CRPGs growing up. Still is, since the last character I played I put about 30 hours in.

Something always felt more full about Mordor than other CRPGs. You weren’t just delving a dungeon, you were delving into a world. You sold stuff to the general store, and other (imaginary) adventurers would buy it. Or you died in the dungeon, and the game wouldn’t end. Rather, your corpse would remain inside until someone dragged it back out. Guilds kept track of their members and gave them titles. The library recorded the dates of every find, and how many had died. Even the game itself was kinda-sorta expecting multiple people to play it, as you could give passwords to individual characters.

And the dungeon itself! Far bigger than the average floor of any RPG I had played. (Angband, perhaps, the exception) Each area had its own spawn table, apparently, because you really could predict what spawned where. There was nothing explicit, but eventually you realized that those Goblin Guards weren’t just called that.

Mordor hasn’t aged well, unfortunately. Literally, actually. It’s an ancient 16-bit Windows application–back when computers were too slow to update the inventory screen in combat. Now, you’ll need an old computer or shenanigans with DOSBox to get it to run nowadays.

Nowadays as well, people would be a lot less tolerant of its sheer harshness. For example, chances, unless you minimaxed at the start, your beginning character cannot join a single guild. Even then, I’m pretty sure some guilds (such as Wizard) are just out of reach. You’ll need stat items to just reach the minimum to join. Of course, those stat items go for millions of gold in the store, and are rare in the dungeon itself. Needless to say, you can also lose stats from stat draining. (MUNSAE! I HATE YOU!) And, of course, any revive can cause stat loss, meaning that any character is but a death and a failed revive away from being a shriveled husk useful only as a meatshield for your bright young new adventurers.

I’m sure you’ll see plenty of inspiration from Mordor in The City and the Dungeon, from the heartstone system to the insane inflation to the harshness of the world. If not, of course, outright references. I’ve read that Mordor is actually a clone of a primordial MMO called Avatar, so I guess I’m just continuing the tradition.

was one of the first games I’ve ever played. There is something inspiring, timeless, about its silent in-game cutscenes. Though I could not read, nor did I know the background, I understood what happened. Act 1 Collision Chaos: one bright blue figure (you) is followed by a pink girly figure. Then a darker blue figure falls from the sky, grabs the pink one, and flies away. The plot had no other need for conveyance. Again, timeless. To this day, that is what I think of when someone talks about icons as a kind of visual gospel.

But aside from subconscious influences, this wasn’t directly involved. What was involved was that I possessed the CD of Sonic CD, and the CD in turn possessed the entire (US) OST in Redbook Format. Said audio was around 52 minutes long, approximately the length of a writing session for me. Thus it served as a timer as well as writing music.

is a game I have never played, and therefore am unable to gush over it.

Nonetheless, I promised myself that when I finished the draft, I would buy myself the game as a bonus. Even in the worst of the depression, when I feared I would not be able to finish it, or anything, the distant light of simple future gaming hedonism dragged me.

So there! Yay for bribery!

No, really, though. You can probably tell by my exclamation marks in the previous post how excited I am, in and of itself, to finish C&D. It’s done!

Yes, I have been radio-silent for a time (albeit that I use a wired connection.) Part of this is because the main project I was working on I temporarily shelved for REASONS. But last night, I finished the draft of The City and the Dungeon.

What? Time for some SOCRATIC DIALOGUE!

Q. What is The City and the Dungeon?

A 70k word young adult, coming-of-age novel in a world of monsters, treasures, and magic. And an impossible romance…

The City and the Dungeon is also my loving tribute to the dungeon crawling games of my youth, the sort that had no plot, graphics, or anything unnecessary to going into a dungeon, killing things, and coming back out with loot, then repeating this process. I’ve wondered what such a world would be like for real, and so I wrote this.

Q. TELL ME TEH DETAILS!

(That’s an imperative. But fine.)

The City is a source of wonders. Born to support brave souls venturing beneath, the City has since become a vast metropolis, the most glorious and powerful place on Earth.

The Dungeon is a vast world of unknown depth, containing incredible treasures guarded by terrible monsters. Among are the only magic items in the world, potions to improve one’s strength, beauty or even intelligence, and magical stones that give instant mastery in skills from painting to business.

But only those who touch the Cornerstone in the City dare to enter the Dungeon, for doing so they become a delver. A delver is quasi-immortal, bearing a heartstone inside that can be used to bring them back with the proper spell. Yet this comes at a price–for once a human being has a heartstone, they must consume crystal from the depths of the Dungeon or die.

Many become delvers, nonetheless, for every reason. Some seek power, others talent, magics, and healing, others simply to survive. Some to rescue those who had been lost in the Dungeon before them. Some seek the unknown bottom, for fame, knowledge, or in worship. Still others live above, supporting the brave by running shops or offer services. A few turn from the Law and lurk inside the Dungeon, slaying other humans.

Alex Kenderman, our hero, comes to the City for the sake of his family. But soon enough, he finds himself doing it for another reason.

Q. What age group is this for? Content warnings?

Junior High and up! I’d say it’s for even younger than Prince Anak the Immortal.

While the book is clean of (real) swearing and sex, it contains significant violence. The heroes are, after all, roaming a Dungeon and killing (non-sapient) monsters, and sometimes (temporarily) killed in return. The heroes also use magic as well, but it not in any way occult,  only power invoked by seemingly arbitrary hand movements. Even “dark” magic is simply an element in the Dungeon, as one character points out.

Q. What does the scouter say about its papistry level?

The book contains trace of amounts of popery, as well as much Crypto-Catholicism. Nonetheless, this is not explicitly Catholic fiction.

I have taken care that the elements of RPGs one might find religiously offensive (as did my much younger self when I was young) aren’t. There’s no altars to worship at in the Dungeon to get power from false gods. There are powerful god-like human beings (very much like in Fred Saberhagen’s fantasy books), as well as truly devoted worshippers, of many things. Whether the character of the Creator one heroine worships is that of the Trinity is for the reader to contemplate.

Q. What game(s) inspired The City and the Dungeon?

Mordor: the Depths of Dejenol (primarily), roguelikes (including NetHack, Angband, ADOM, Ragnarok and Dwarf Fortress), Bravely Default (and Final Fantasy in general), and pretty much every other RPG I’ve played. Also, I listened to a ton  of Sonic CD’s OST while writing.

Q. Non-videogame influences, plz. This is a book, not a videogame!

The Sword Art Online influence is obvious. Others include, Tower of God, Order of the Stick, the Face of Apollo, the Epic series (book), Ezekiel, and, of course life.

Q. What is an unlikely real-world word that occurs in the text?

Q. When is it coming out? GIMME GIMME!!

Details will be forthcoming. I hope to have more news within the month. Watch this space! 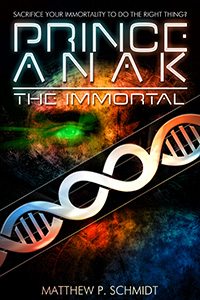